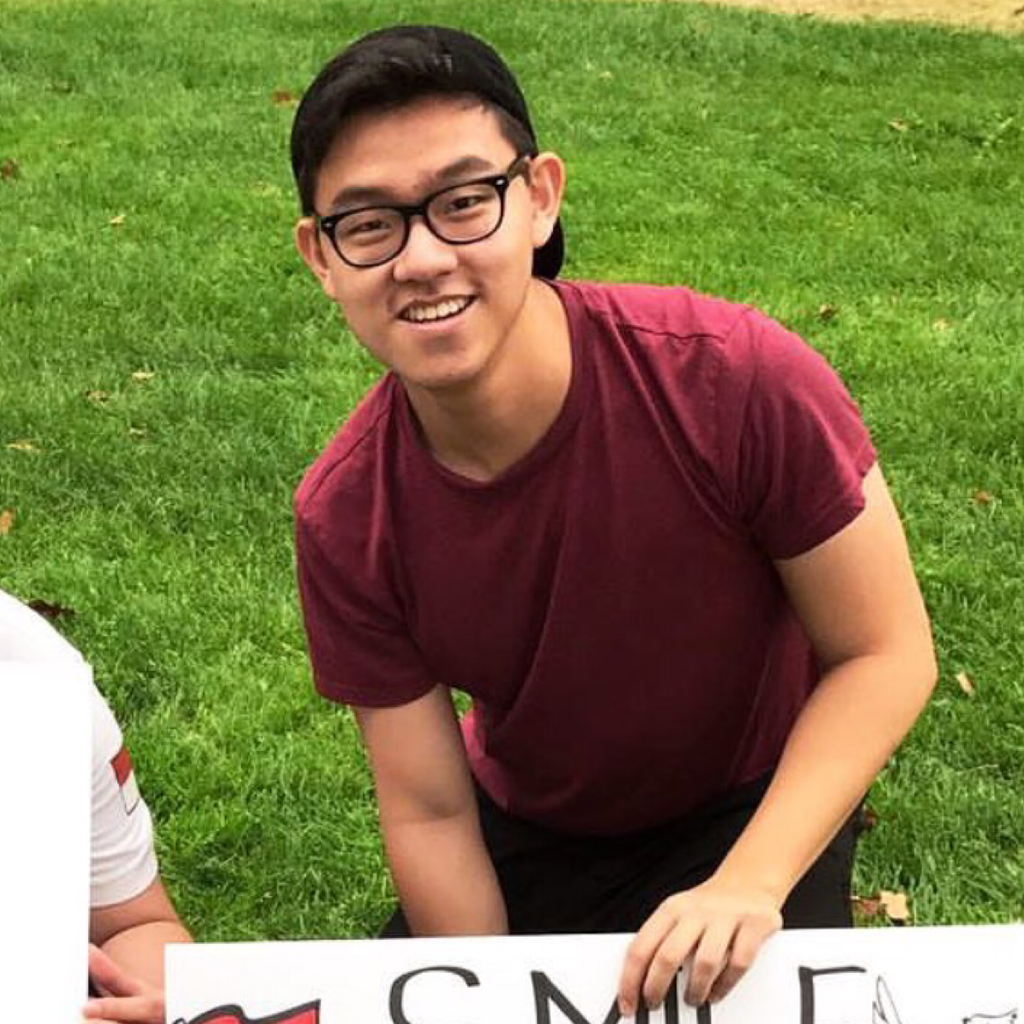 Hey! My name is Michael Englo.
I am just a normal dude who loves writing software. I go to UBC to study computers.
I do mostly Web stuff. But I have interests in AI, Machine Learning,
NLP, Compilers, or pretty much Computer Science-cy topics, really.
When I am not around my computer, I like to mess around with any musical instruments that I can find. I also enjoy making Electronic Dance Music and Soccer.

Come check out my portfolio!

In this project, we are building a smart home security IoT system. We programmed a motion sensor to detect a movement which triggers a camera to continuously take pictures of the object. Pictures taken will be analyzed on the server where we detect if the object is actually a human and from a known family members. If the object is unrecognized, the server will send an SMS notification to the home owners with a link to view the pictures. The home owners will be given an option to make appropriate actions such as calling 911.

I did this project with two other engineers at a Hackathon. The other two engineers were working on the embedded software for the micro-controller (unfortunately, the code was not merged to this project) and I was mostly working on the server handler, and a little bit of client viewer (for viewing the pictures).

Prodapp (stands for “productive app”) is a simple to-do mobile app that allows users to manage and break down a big goal into smaller chunks called subtasks. Each subtask is nested inside a task, and you can make the subtasks as infinitely deep as you want!

For this project, I experimented with React Native with Expo SDK. I also use Redux for app state management.

In this project, we are building a replication of snapchat except we added a special feature where users can get feedback on their snaps! We use Microsoft Cognitive Services to analyze reactions of te snap receivers and send out anonymous overall statistics to the reactions received by the snapper.

For this project, we use Node.js backend on STDLib (FaaS) and React Native for the mobile client application.

Using artificial intelligence (AI), Auto-Foley watch movies by reading the subtitles, finds the funny parts, and add a given sound effect to these funny parts. We implement this AI by using pysrt to parse the subtitles, spaCy to do natural language processing and sentiment analysis, and ffmpeg to add the sound effect to the movie at the right times.

I built a subtitle preprocessor to sentiment analyzer that shifts the seconds in the .srt to match with the video.

Designed and implemented a DSL for querying arbitrary DAGs such as Provenance graph and File System.

It is intended to help you log what you have done for the day so that you don't get confused what to say on stand-up (this is inspired by the vagueness of my standup updates and my frustration to remember everything I did the day before).